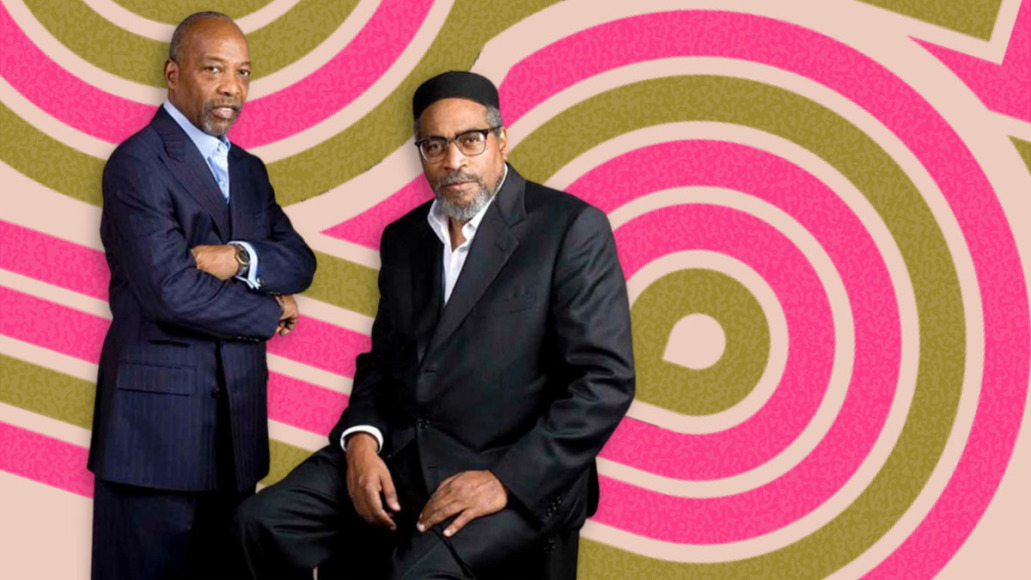 Philadelphia International Records. The music that came pouring out of Sigma Sound Studios in Philly was the ornately urbane sound of Black America in the 1970s. One decade earlier, Motown had become a mainstay by branding itself “The Sound of Young America,” and Stax Records dubbed itself “Soulsville” as a way to cement its name as the home base for grit and realness of the Black experience. But Philly, while born of both musical forebears, was a different experience; this was Black America in full regalia and awareness of itself. It spoke to a newfound consciousness and to the musical aspirations of two men bred in that consciousness.

The partnership of Kenny Gamble and Leon Huff forged the bedrock of the Philly soul sound. What would eventually become Gamble & Huff originated as the doo-wop duo Kenny & Tommy; a teenage singing act formed by Kenny Gamble and his girlfriend’s brother, a piano player named Thom Bell. Around that time, Gamble met an aspiring songwriter named Leon Huff.

“When Gamble and I first met [in the ‘60s], we wrote about five or six songs,” Huff told Tidal in February. “We knew then that we had something. I remember Gamble coming over to my house; we decided to meet every week. That just kept building. Gamble writes stories. He’s a storyteller. He’s like Bob Dylan; he’s a poet. Poets can turn into songwriters. That’s why it was easy for him to become a lyricist.”

Fittingly, their initial meeting occurred in motion. “Huff and I worked for different production companies in the Schubert Building, which was Philly’s Brill Building, a hotbed of local songwriters,” Gamble told Songwriter Universe in 2008. “He worked on the second floor, me on the sixth and we met on the elevator one day. We went over to Huff’s house in Camden and the first time we got together we wrote six or seven songs.”

The sound of Philadelphia is one of joyous innovation and exhilarating creativity. The melodic, lush feel of classic Philly soul is a part of the fabric of R&B and soul music; unmistakable in its richness, unquantifiable in its influence. The genius of Kenny Gamble and Leon Huff, as well as the invaluable contributions of Thom Bell and Linda Creed, birthed one of popular music’s most venerated institutions and a record label that defined the 1970s: Philadelphia International Records. (While not a business partner, the musically-gifted Bell served as a secret weapon of sorts for P.I.R., and was a partner with Gamble and Huff in their Mighty Three Music publishing company.)

The Pioneering Women of Philly Soul

They would make their names on major hits for artists such as Billy Paul and The Intruders, and soon their ambitions went beyond creating the music. Gamble and Huff wanted to solidify their position as businessmen in the music industry; and launching Philly International would do just that.

The label arrived on the heels of others the duo had started; tiny labels such as Excel and Neptune. But a deal with CBS Records did happen (following a failed attempt at teaming with Atlantic Records) in 1971. Clive Davis saw an opportunity for P.I.R. to shore up CBS Records in the Black music market. After an initial run of failed singles, Davis pushed for CBS to better understand that market; which led to the label commissioning a Harvard University Business School to study the demographic, and the subsequent publishing of “A Study of the Soul Music Environment Prepared for Columbia Records Group.”

By 1972, Philadelphia International Records was primed to break through in a big way. The label’s in-house musicians found a groove and a name: MFSB (which stands for “Mother Father Sister Brother”) and the label signed soon-to-be-powerhouse acts in The O’Jays and Harold Melvin & the Blue Notes. Gamble & Huff, as well as Thom Bell, gave the music an orchestral flair that took full advantage of the studio innovations of the 1970s; Philly became known for a slickness that ‘60s Motown wouldn’t have been capable of. But the label began to outpace its famous predecessor as the defining sound of Black music in the era.

“We were big into large-scale instrumentation that most producers wouldn’t think about,” Huff explained to Songwriter Universe. “The sound of a French horn can be magnificent in the right contest. We’d use vibes, bells, baritone sax, flugelhorn and go the orchestra route and include the oboe and harp. Everything sounded harmonious together. Funny thing was, in our heads we heard all those things happening when we were writing a lot of our songs just on the piano in Gamble’s office.”

In terms of its iconic sound, Philadelphia echoed the radiant melodies of Motown, particularly in the mid-to-late ‘60s, when artists like the Delfonics and Eddie Holman introduced that sound to the charts. But over the course of its ‘70s heyday, Philly soul distinctions became hallmarks for a newer brand of sophisticated, lush and polished music being crafted by Gamble, Huff, Bell and others. Hits like The O’Jay’s “Love Train” (which became the label’s first Billboard No. 1 hit) and Billy Paul’s “Me and Mrs. Jones” highlighted the broad musical soundscapes P.I.R. was churning out; as well as the label’s penchant for message songs that didn’t feel preachy or strident.

Harold Melvin & the Blue Notes’ “Wake Up Everybody” is a call to action for the community. The aforementioned “People Make the World Go Round” addresses social ills from pollution to workers’ rights. The classic O’Jays album Ship Ahoy is an ambitious concept record about the Middle Passage, blasting greed on “For The Love of Money” while also promoting genuine unity on “Don’t Call Me Brother.”

And outside of Gamble, Huff and Bell, Philly International boasted an amazing lineup of writers and arrangers, including Bunny Sigler, Linda Creed, Bobby Martin, Norman Harris, Victor Carstarphen, Gene McFadden, and John Whitehead. The labels’ successes throughout the 1970s would feature hits by The Three Degrees (“When Will I See You Again”) and MFSB themselves (“Love Is The Message.”)

In 1976, The Jacksons would land on CBS Records after defecting from Motown, and their first album was released via Philly International, with Gamble and Huff executive producing. The late ‘70s Jacksons would see success with Gamble & Huff-penned singles like “Enjoy Yourself” and “Let Me Show You the Way To Go.”

And the sound of MFSB and Philly International is the launching pad for disco. The Latin-inflected polyrhythms on tracks like The O’Jays “I Love Music” was the catalyst that set fire to dancefloors up and down the East Coast, and “l,” with its grand orchestration and undeniable groove, is the production touchstone for an entire sonic movement.

Beyond the distinctive sound Gamble & Huff crafted at Philadelphia International, there is a legacy of Black business and the elevation of Black culture as business. The pair believed in the capacity for Black art to be elevated by Black creators and Black interests; and they put that ethos into action. After traveling to Nashville and learning about the Country Music Association’s efforts to elevate country music as an industry, Gamble teamed with Ed Wright, head of The National Association of TV and Radio Announcers, to form the Black Music Association.

The BMA launched in September of 1978; one of its first initiatives was the creation of a month designated for Black Music. President Jimmy Carter hosted the first celebration of Black Music Month at the White House in 1979. It wouldn’t become officially recognized until 2000, when co-founder Dyana Williams realized Carter had never actually made an official decree. (In 2009, President Barack Obama gave the commemoration its current name, Black Music Appreciation Month.)

“I had no idea what was involved in getting legislation passed in Congress,” Williams explained in 2019. “It took several years. I lobbied senators and Congressmen. I actually went from office to office on Capitol Hill explaining why black Music and Black Music Month needed to be acknowledged by Congress. I wrote the draft that eventually became the legislation that was passed in Congress called the African American Music Bill and included in that language is the fact that June is Black Music Month.”

The sound of Philadelphia International is arguably the most influential in soul and R&B. That’s a bold statement considering the aforementioned Motown and Stax, but with its soaring musical richness and topical subject matter, one can find jumping off points for everything from the sophisticated sounds of ‘80s Luther Vandross to the more socially aware songwriting of neo-soul artists like D’Angelo and John Legend. There’s just so much that draws from the deep well that is Philadelphia International.

As far as the legacy of Philly International, it permeates every facet of contemporary Black culture. Our belief that Black will always rise is a cornerstone of Philly’s music, and in Black Music Appreciation Month, we have an annual testament to that soul that defines our music and our culture. P.I.R. has always been a label that gave us more than a sound; it gave us a spirit. Love is still the message. 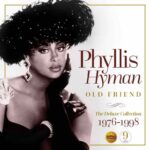