The Songwriters Hall of Fame® salutes our 1995 inductees and Co-Chairmen (2015-2018), Kenneth Gamble & Leon Huff, on celebrating the 50th anniversary of their Philadelphia International Records.

While Gamble & Huff have been writing music together since 1963 with an immense catalog that has defined the “Philly Sound,” the record label they formed in 1971, along with key collaborator and “Mighty Three” songwriting partner Thom Bell, became the second-largest African-American owned music company, just behind Motown Records.

From the beginning, Philadelphia International Records began pumping out a uniquely rugged and sophisticated sound, and the list of Gamble and Huff hits that are tied to the label is voluminous. In the label’s first years, their roster of artists included The O’Jays, MFSB, The Ebony’s, The Intruders, McFadden & Whitehead, Lou Rawls, Dee Dee Sharp, Nancy Wilson, Shirley Jones and The Jones Girls, Third World, Archie Bell and The Drells and many more.

In 1976, Gamble and Huff produced and co-wrote songs for The Jacksons’ first two post-Motown albums. In the late 1970’s, they collaborated on a series of successful albums for Teddy Pendergrass, who became one of the top-selling solo singers of that time. Throughout the 1980’s they continued to pen hit songs for the top soul, pop and R&B artists, including Patti Labelle and Phyllis Hyman.

Over the last decades, Gamble & Huff’s award-winning partnership has generated more than 3,500 songs, including 50 chart pop and R&B hit singles and 75 RIAA gold, platinum and multi-platinum certifications. Their catalog includes hits such as The Three Degrees’ “When Will I See You Again,” The Supremes’ “I’m Gonna Make You Love Me,” “Don’t Leave Me This Way,” recorded by both Harold Melvin & The Blue Notes and Thelma Houston, Jerry Butler’s “Only The Strong Survive,” which was later recorded by Elvis Presley, “If You Don’t Know Me By Now” earned the songwriting duo its first Grammy® for Simply Red’s rendition, the O’Jay’s “For The Love Of Money,” and countless others, including “Me and Mrs. Jones,” “You’ll Never Find Another Love Like Mine,” and the theme song for Soul Train, “TSOP (The Sound of Philadelphia).” The pair has won five Grammy’s® for their songwriting and collected 86 BMI Pop and R&B Awards. 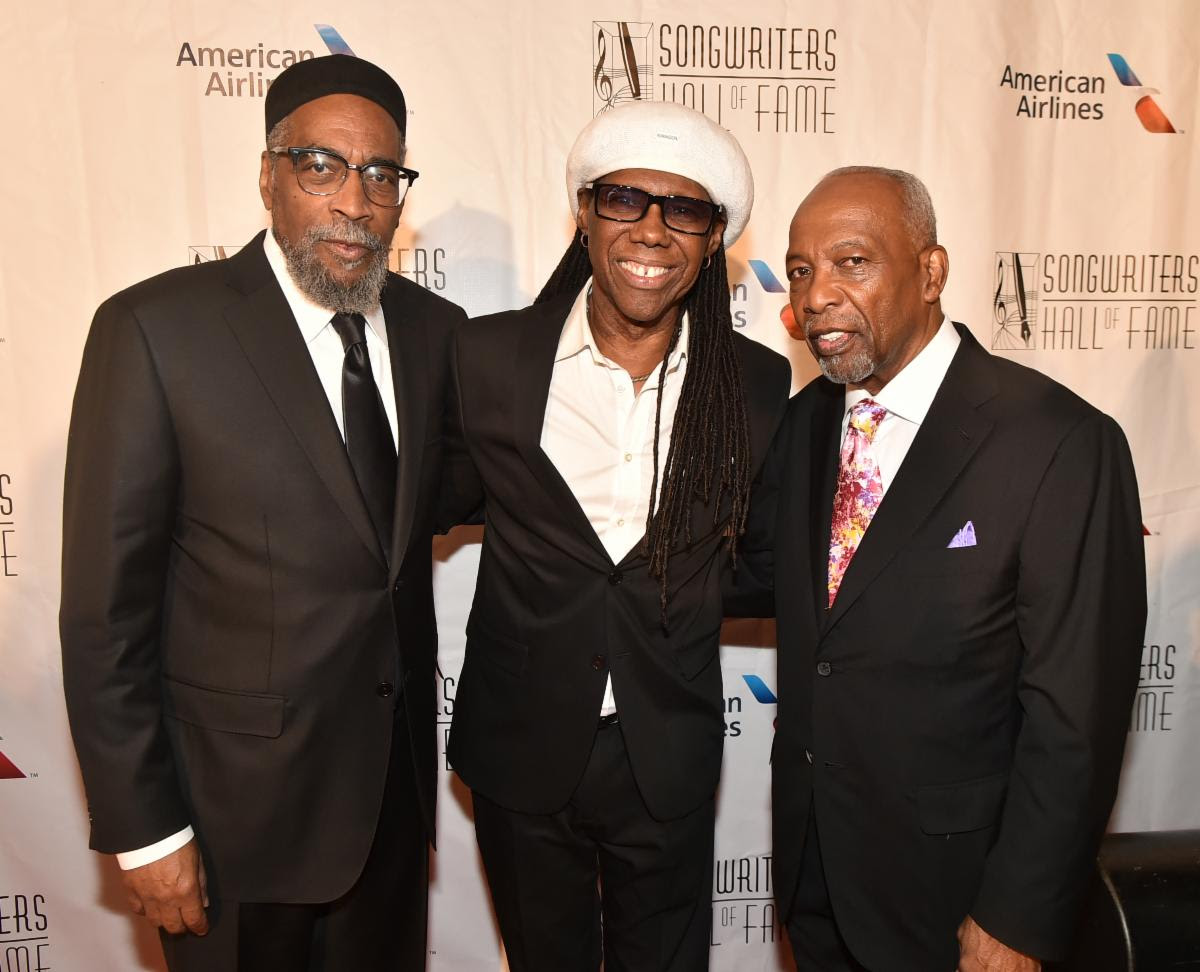 SHOF Chairman Nile Rodgers said, “Gamble & Huff, just like Rogers & Hammerstein and Lennon & McCartney before them, created a template for Bernard and I that allowed us to run with a great deal of confidence into everything that was possible. They are incomparable, they are in my DNA. They represent songwriting excellence, they represent black excellence, they represent global excellence.”
“After getting to know the revered and legendary men behind The Philly Sound on a personal level as well as a professional one, I found that the words that best personify Gamble & Huff are wisdom, dignity, elegance, grace, majesty, powerful eminence and respect,” said SHOF president & CEO Linda Moran. “Kenny and Leon will always have a special place in my heart, and the SHOF, as well as the songwriting community, are blessed to have them as friends.” 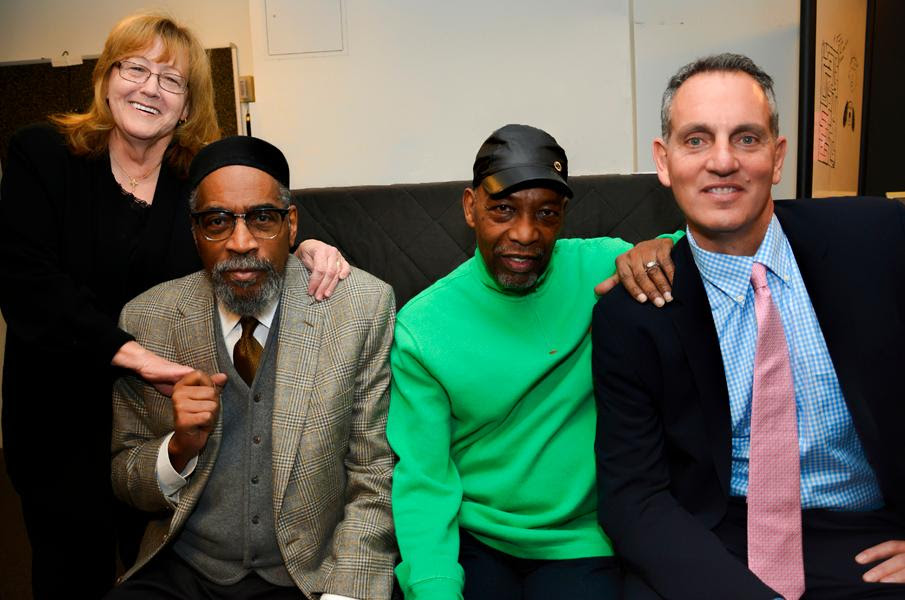 SHOF president & CEO Linda Moran, Kenneth Gamble, Leon Huff and SHOF Senior VP, BMI president & CEO Mike O’Neill
In 1993, Gamble & Huff were inducted into the Philadelphia Music Foundation’s Walk of Fame, and in 1999 the National Academy of Recording Arts and Sciences (NARAS) awarded them with the Trustees Award, honoring them for their body of work, both as producers and songwriters and for their contribution to the entire fabric of popular music. In 2005, they were inducted into the Dance Music Hall of Fame, in 2006 they were honored with the Ivor Novello Award by the British Academy of Composers and Songwriters, in 2008 they were inducted into The Rock & Roll Hall of Fame with the Ahmet Ertegun Award and in 2009 they were honored at the BMI Pop Icon Awards.

In 2014, Gamble & Huff were presented with the Songwriters Hall of Fame Johnny Mercer Award, which is the most prestigious award given by the SHOF.

2021 will be a pure celebration of the history of Gamble & Huff’s Philadelphia International Records, and of the story of the duo who write songs “from the heart” that continue to be loved by people all over the world.