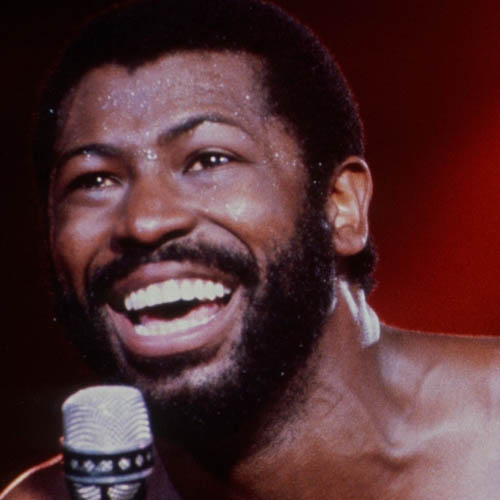 Teddy Pendergrass started singing gospel music in Philadelphia churches, becoming an ordained minister at ten years old. While attending public school, he sang in the citywide McIntyre Elementary School Choir and in the All-City Stetson Junior High School Choir. A self-taught drummer, Pendergrass had a teen pop vocal group when he was 15. By his late teens, Pendergrass was a drummer for local vocal group the Cadillacs. To Be True In the late ’60s, the Cadillacs merged with another more established group, Harold Melvin & the Blue Notes. In 1970, when the Blue Notes broke up, Melvin, now aware of Pendergrass’ vocal prowess, asked him to take the lead singer spot. It’s no secret that Kenneth Gamble and Leon Huff wanted Marvin Junior of the Dells for their Philadelphia International Records roster. Since the Dells were signed to Chess, they were unavailable. When the gruff’n’ready vocals of Pendergrass came their way, they eagerly signed the group. Beginning with “I Miss You,” a steady stream of hit singles flowed from the collaboration of Pendergrass and Gamble & Huff: “If You Don’t Know Me by Now,” “The Love I Lost,” “Bad Luck,” “Wake Up Everybody” (number one R&B for two weeks in 1976), and two gold albums, To Be True and Wake Up Everybody. Unfortunately, the more success the group had, the more friction developed between Melvin and Pendergrass. Despite the revised billing of the group, Harold Melvin & the Blue Notes featuring Theodore Pendergrass, Pendergrass felt that he wasn’t getting enough recognition. Around 1976, Pendergrass left Melvin’s Blue Notes and formed his own Blue Notes, featuring Teddy Pendergrass. Briefly, there was some confusion as to which Blue Notes were which. The resolution came when Pendergrass disbanded his Blue Notes in favor of a solo career and Melvin’s group signed a recording contract with Source Records, distributed through ABC Records, scoring a hit with “I Want to Be Your Lover.”