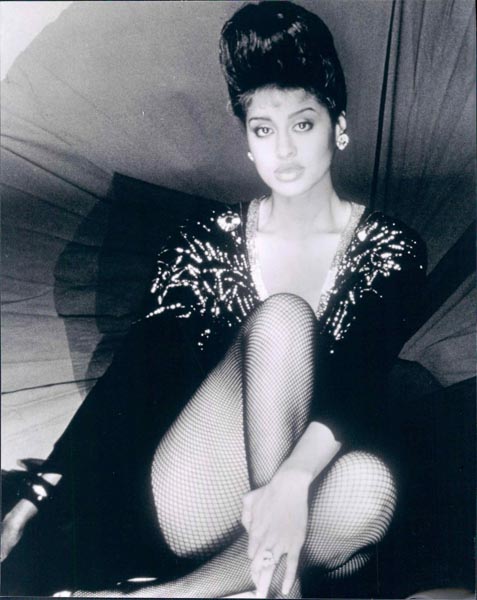 Phyllis Hyman began her career as a silky voiced, jazz-influenced singer and gradually moved into slick, heavily produced urban contemporary ballads and light dance numbers. Hyman won a scholarship to music school and then began her professional career with the group New Direction in 1971. When they disbanded after a national tour, Hyman joined the Miami ensemble All the People. She also worked there with another local group, the Hondo Beat, and appeared in the film Lenny. That was followed by a two-year stint heading Phyllis Hyman & the PH Factor, before relocating to New York. Hyman performed background vocals for Jon Lucien and built her reputation performing in New York clubs. Norman Connors made her his featured vocalist in the mid-’70s, and she was highlighted on a cover of the Stylistics’ “Betcha by Golly Wow,” which reached the Top 30 of the R&B chart. Hyman also sang with Pharaoh Sanders and the Fatback Band while cutting two singles as a lead artist. Buddah released Phyllis Hyman in 1977, but she really began making an impression when she was signed by Arista the next year. The songs “Somewhere in My Lifetime” and “You Know How to Love Me” both made the R&B Top 20. Hyman got her lone Top Ten hit in 1981 with “Can’t We Fall in Love Again,” but her albums did consistently well throughout the ’80s. The production teams of Mtume/Reggie Lucas and Narada Michael Walden/Thom Bell gave her material that showcased her skill with sophisticated ballads. Hyman had more success when she left Arista for Philadelphia International in 1986, with the single “Living All Alone” putting her back in the R&B Top 20. She also sang on fusion and light jazz dates by Joe Sample, Ronnie Foster, and Grover Washington, Jr., a more conventional jazz session for McCoy Tyner, and a pop date with the Four Tops. Tragically, Hyman took her own life on June 30, 1995; Forever with You was issued posthumously.