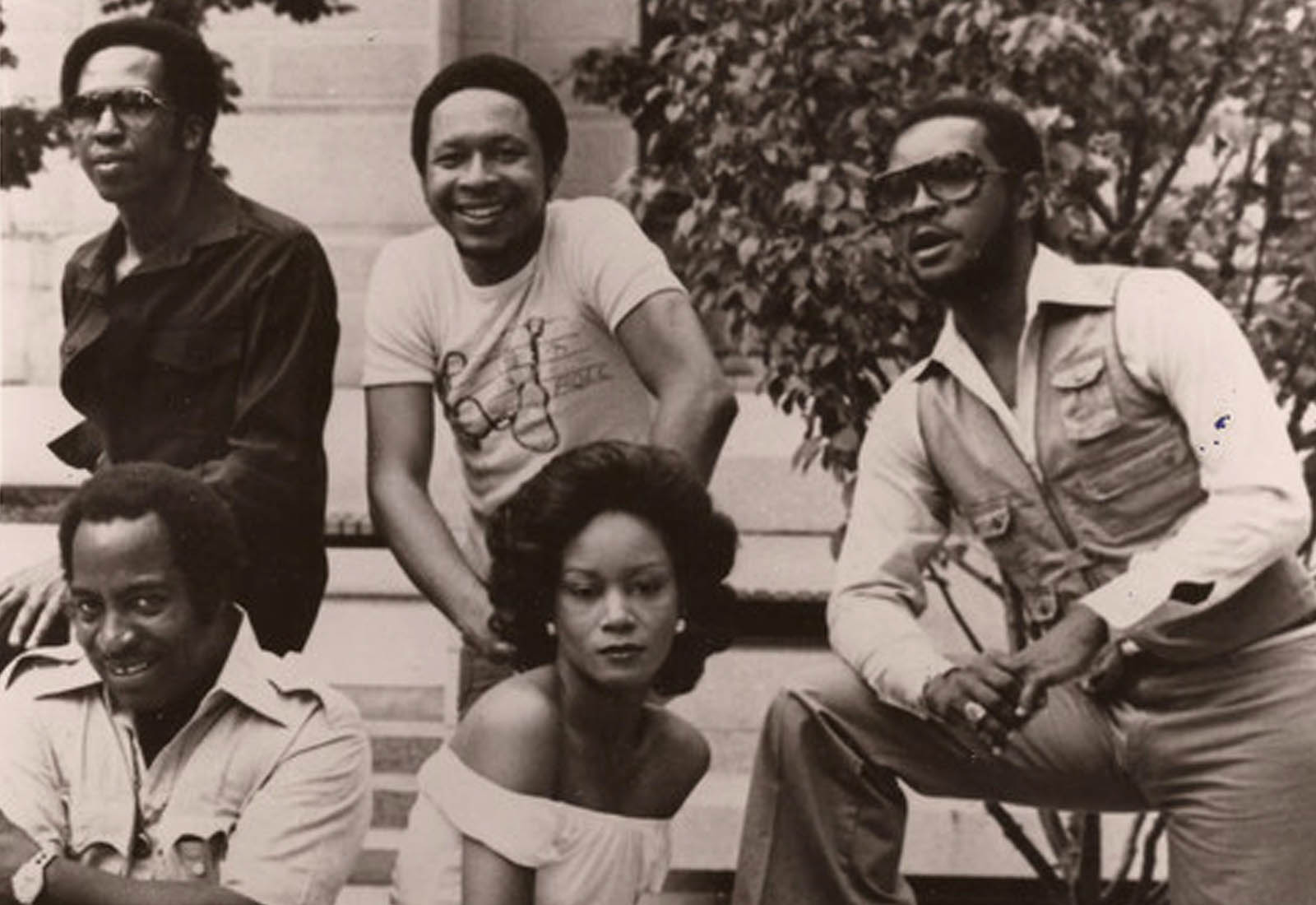 Philly funk band People’s Choice was formed by keyboardist and vocalist Frank Brunson in 1971. Drummer/percussionist David Thompson, vocalists Valerie Brown and Marc Reed, guitarists Darnell Jordan and Johnnie Hightower, keyboardists Clifton Gamble and Bill Rodgers, and bassist and vocalist Stanley Thomas were in the original lineup. They debuted the year they formed on the Phil-L.A. of Soul label; “I Likes to Do It” reached number nine on the R&B and went Top 40 pop. Later signed to Philadelphia International, they worked with Leon Huff on the disco-funk gem “Do It Any Way You Wanna.” Among the great pieces of ’70s Philly dance music, it was their lone R&B chart-topper and narrowly missed the pop Top Ten. A handful of comparatively minor hits for the Casablanca, TPC, and Mercury labels followed into the early ’80s, after which they split. Brunson died in 2007, but Thompson led a new version of the band in the 2010s. People’s Choice released Jammin’ Philly Style, a set of updates, covers, and original material, in 2017.