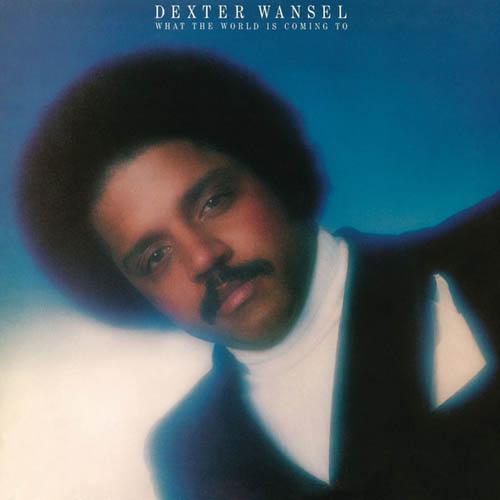 Keyboardist/arranger/producer/recording artist Dexter Wansel can be heard throughout the catalog of Kenneth Gamble and Leon Huff’s Philadelphia International Records. His skills can be heard on non-PIR sides like Jermaine Jackson’s “Where Are You Now” from his gold LP Let’s Get Serious and “Tonight” from Junior’s Acquired Taste LP. His frequent songwriting partners were Cynthia Biggs, Bunny Sigler, and T. Life. A synth pioneer, Wansel’s first LP arranging assignment was several tracks on Carl Carlton’s 1975 LP, I Wanna Be With You, produced by Bunny Sigler. A Biggs/Wansel song, “The Sweetest Pain,” a duet between Wansel and Jean Carn, originally a 1979 single from Wansel’s Time Is Slipping Away LP, was a popular radio-aired LP from Loose Ends’ Zagora LP. Two of Carn’s LPs, When I Find You Love (entirely produced by Wansel) and Sweet and Wonderful, and Jean Carn and Happy to Be With You were issued on a two-album single CD by U.K. label Westside Records in early 1999. When Wansel was 12 years old, he got the job of a gofer for the Uptown Theater in Philadelphia, going to get sandwiches and clothes out of the cleaners for the various acts that performed at the venue like Stevie Wonder and Patti Labelle. Many years later, Wansel would co-write a number one R&B hit for Labelle. In 1975, Wansel met Kenneth Gamble and Leon Huff when he was a member of a band called Yellow Sunshine, which also boasted guitarist Roland Chambers who would later become a part of MFSB, the house band for Gamble & Huff’s Philadelphia International Records. Becoming a part of the staff creative collective, Wansel began arranging, playing keyboards, and writing songs for the label’s acts including the O’Jays, Teddy Pendergrass, and the Intruders, among others.