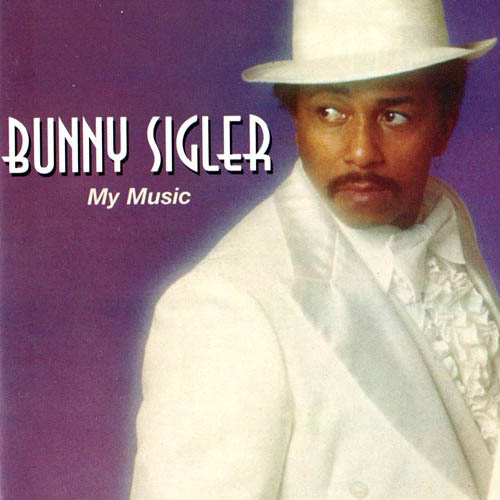 Born in Philadelphia into the family of Henry and Susie May Sigler, as a child, little Walter Sigler would walk around singing and making up lyrics and choruses to songs. Walter Sigler became Bunny Sigler when as an infant his mother discovered that he had a fully grown front tooth. She commented that he looked just like a bunny rabbit and the nom de plume stuck. His formative years were spent singing songs like “O Lord My God” and “The Lord’s Prayer” at Helping Hand Rescue Mission and at various churches. In his teens, he sang at the Roman Emanuel Baptist Church and joined various doo wop groups like the Opals. Despite all of this involvement, Sigler’s real aspiration was to be a professional basketball player. But that ambition was squelched when he injured his leg. Seeing that he he’d have to look at singing in a different light, Sigler threw himself into music with a passion, recording for various local labels and singing and playing guitar and piano in area nightclubs.